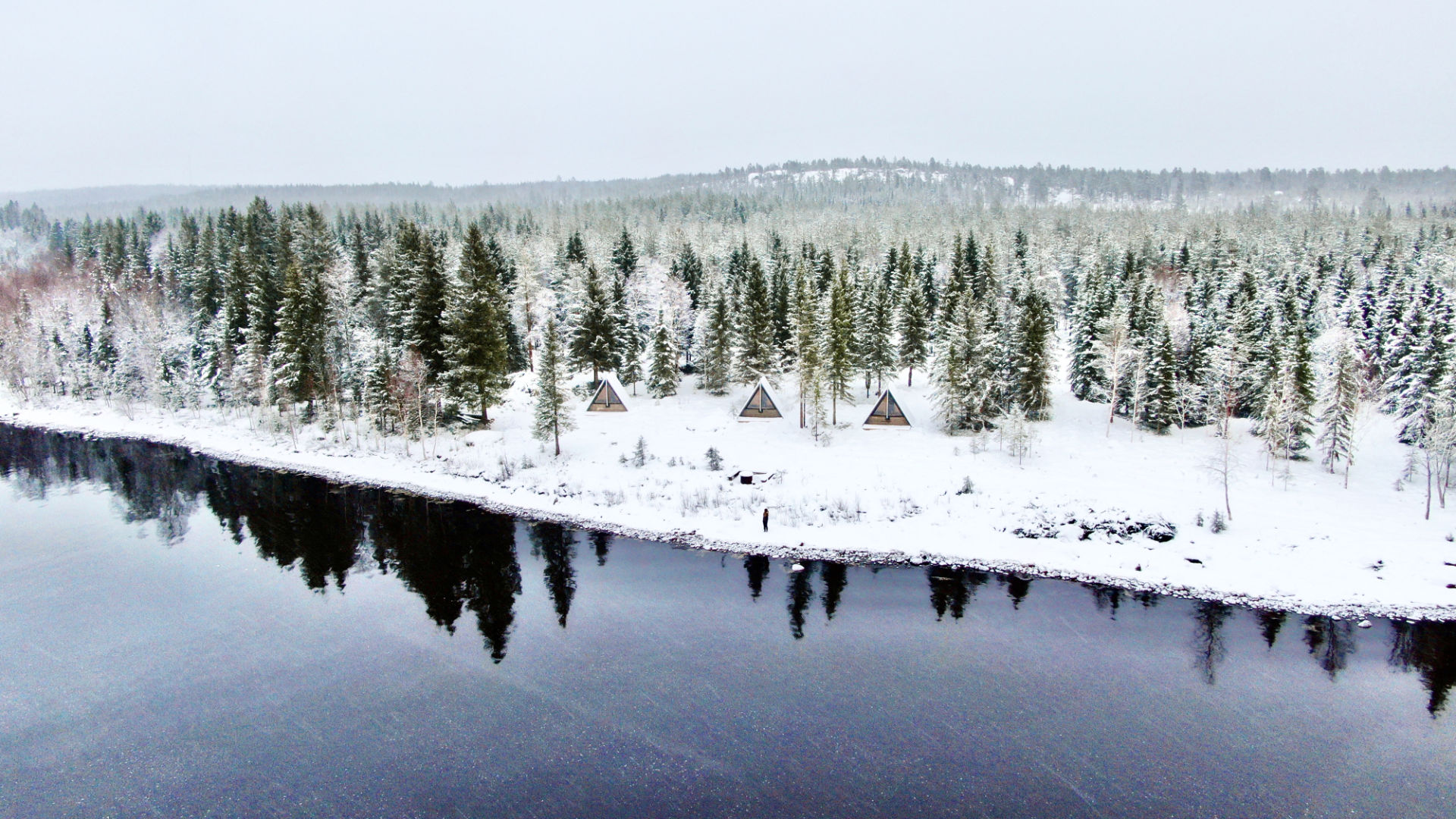 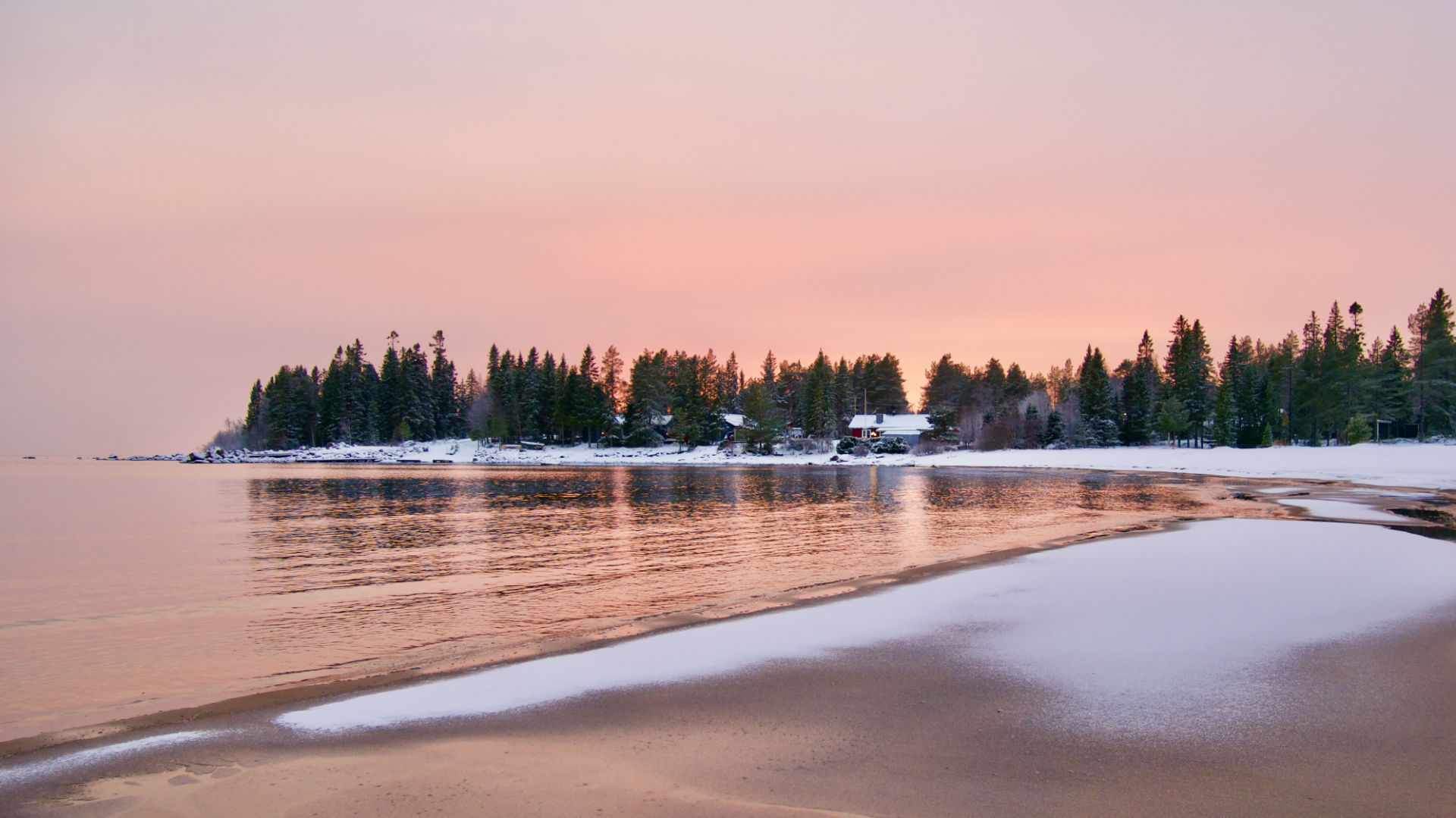 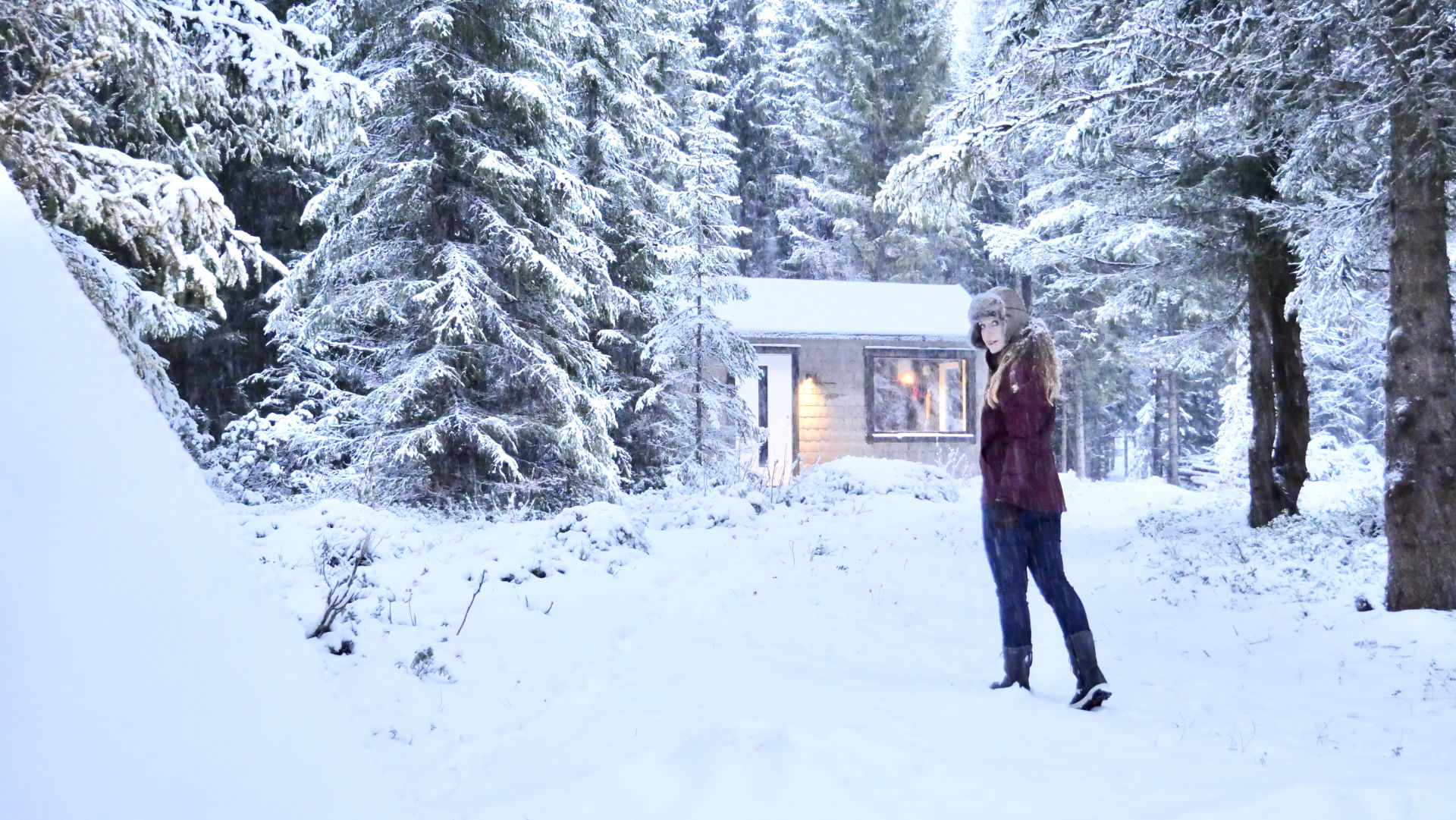 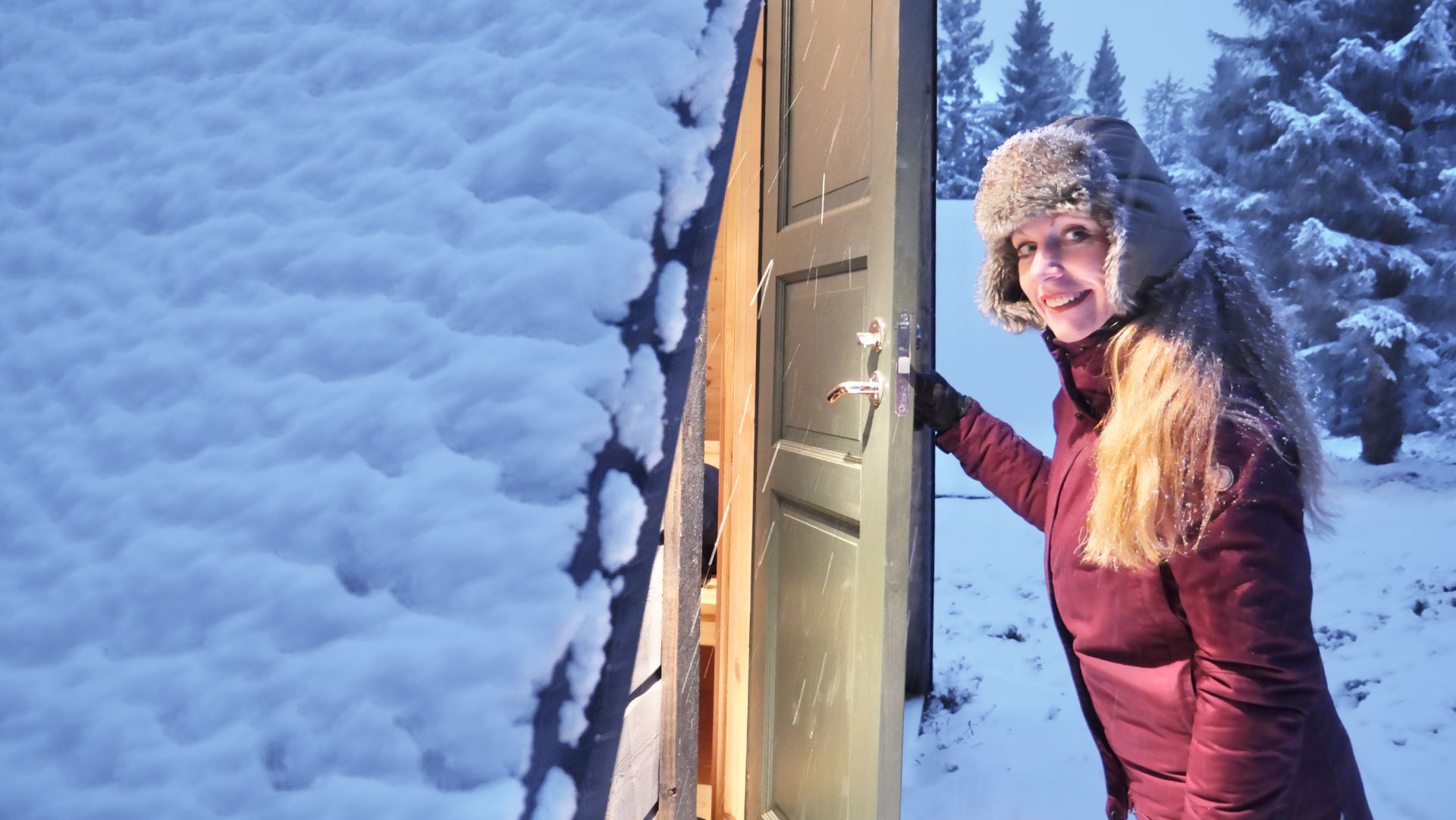 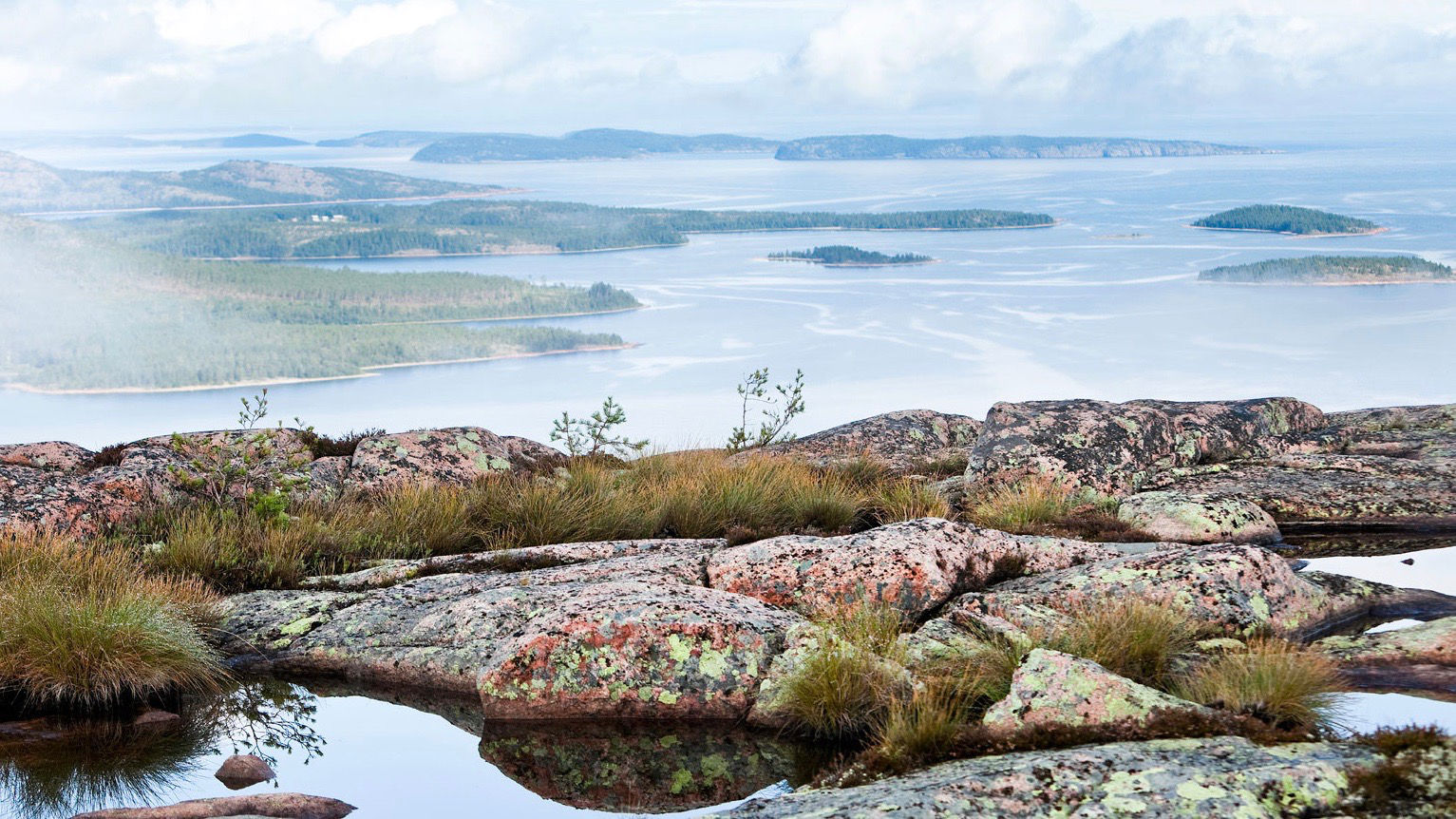 Västernorrland, Västerbotten and Norrbotten are far away from the routes much-frequented by package deal tourism. Vast stretches of the counties are virtually untouched, and Västerbotten in particular is seen as an insider tip with almost limitless opportunities – from whitewater rafting on the “Vindelälven” river to trekking along the Kungsleden to sociable tastings in craft breweries.

Be it a warm summer day or a rough Atlantic low pressure zone: Experiences in northern Sweden are always intense. Nowhere else are you made so aware of the extreme differences between the seasons. Midnight sun in summer, Northern Lights in winter. Warm summer days in August, bone-chilling cold with temperatures well below freezing in December.

Nature supplies impressions that become imprinted on your mind and could not be more diversified: Extensive forests and moors, wild rivers and waterfalls, thousands of coastal islands, beautiful mountain peaks in the Fjäll.

Seeing animals in the wild is something very special. Encounters with reindeers are almost guaranteed in northern Sweden; the herds of the Sami are common in many parts of the Fjäll. With a bit of luck you may catch sight of an elk, snow fox or fish eagle.

Norrbotten and parts of Västerbotten – like stretches of Finland, Norway, Iceland, Greenland, Canada, Alaska and Russia – belong to the Arctic region. Up there on the Arctic Circle it is peaceful and secluded; it’s perfect for anyone seeking to take a break from today’s hectic life.

Gourmets will be delighted by Nordic cuisine. The best of what the regions have to offer lands on the table. Treasures of nature – berries, herbs, mushrooms, fish and game specialities – play the leading role in many kitchens.

Scandinavia offers the very best conditions for extended trekking tours and flexible camping adventures. This is made possible by the everyman’s right which allows hiking and camping everywhere in the wilderness. The only exceptions are fenced-off private land and farmlands.

Eight seasons and the endless landscapes leave their mark on the people (…statistically, there is 4 square kilometres of space for every inhabitant of northern Sweden). Those interested in the country and its people can meet fascinating characters at ice hockey games, festivals, markets or over a casual cup of coffee.

BBQ in the far north of Scandinavia? In the middle of winter? No problem! Enjoy a trip full of exciting contrasts. During the day, activities and adventure …..

Västerbotten calling! In Umeå, visitors are dazzled by its fine cuisine which can compete with the best restaurants from around the world, not to mention the northernmost opera ….

If you travel 900 kilometres north of Stockholm, you’ll be immersed in the fascinating landscape of Norrbotten. Up here, the unspoilt nature…

With more than 40 rapids, the pristine Vindelälven river ranks amongst the best rafting territories in Europe. The “Höga Kusten” coastal region….

Wild, unbridled, surprising: On this trip, you’ll get to know the full-blooded creative brewers of the Swedish craft beer movement…

ACTIVE IN SWEDEN. FOR GOURMET WITH A BACKPACK & HIKING BOOTS

Royal palaces and parks, important sights, thousands of islands directly in front of the city and a relaxed attitude towards life: It’s exactly this mixture…

Just you and nature. Face to face. Far away from crowded package tour routes, it’s all about the unspoilt beauty of nature. Feel the power of wild waters. Catch a fish for dinner. With a bit of luck, you’ll get close to an elk. Experience the bright mid-summer nights or view the romantic starry sky. Live as if there’s no tomorrow. Relax, read your favourite book in peace – you decide on the programme and pace of your holiday in Northern Sweden!

You can request detailed travel information at any time via e-mail: info@coast-to-fjaell.se 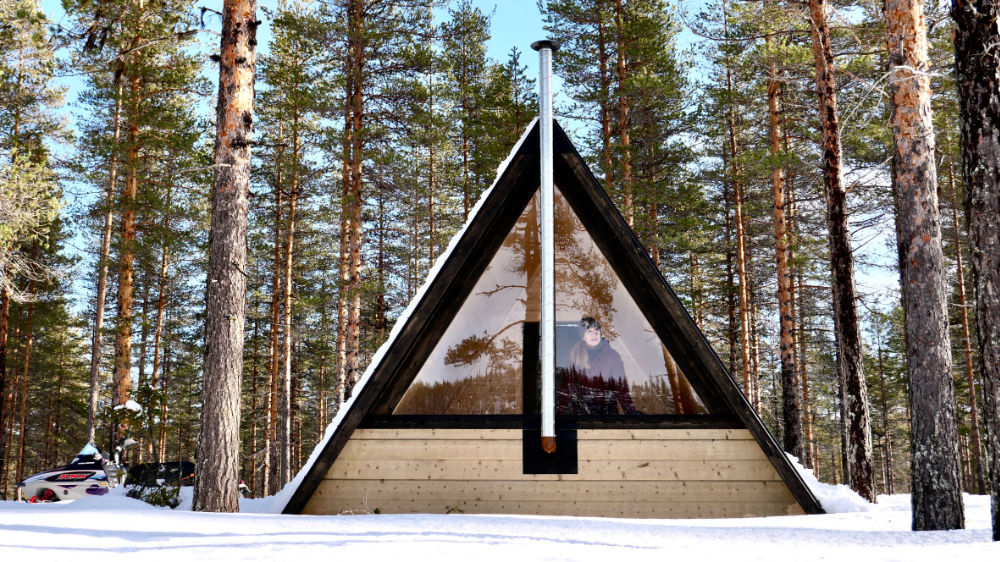 It doesn’t take much to be happy. A cup of coffee, genuine nature and plenty of distance from everyday life. Borgsjö, some 145 kilometres west of Umeå, offers all this and much more. Well protected in a small forest, where elks and reindeer also roam, cosy MicroCabins await romantic nature… 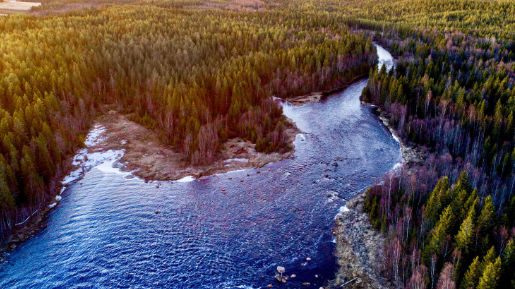 From everyday life to inner peace in no time at all. Directly on the coast, we offer accommodation in simple but sturdy MicroCabins, made for all seasons. A protective room – made of natural wood – stretches over a minimalist interior which is equipped with electric heating, light, sockets and a wood-burning stove….

Northern Sweden is not a theme park. It’s a sensitive ecosystem which needs to be protected.

We have the utmost respect for nature and people. Therefore, we tread through the Scandinavian landscape as considerately as possible. If the programme leads right through nature, we split up the participants. Smaller groups guarantee a more intensive experience and they’re also usually quieter which means less stress for the animals.

When buying equipment, we try to invest in articles with a long lifespan whose manufacturers also offer repairs or repair sets. When buying equipment with down – for example sleeping bags – we especially take into consideration that the animals were treated humanely and the manufacturers adhere to the Responsible Down Standard (RDS) (at the least).

En route, we use healthy food which was produced locally – that doesn’t just include restaurants but also what we put in the lunch boxes. Obviously we ensure that every rest area and campsite is left how we found it.

Hikes and bike tours are some of the most climate-friendly ways of getting around. For longer distances, which are quite usual in Northern Sweden, a coach booked to capacity is the best alternative.

During our “TRUE NORTH” group tour, we travel a total of 710 kilometres on the road from the hotel (Umeå) to the airport (Umeå Airport), for example. That’s a distance which causes 21.3 kg CO₂ emissions per person (basis for the calculation: 30g CO₂ per person and kilometre proportionate in a coach). But you won’t have to buy yourself a good conscience for your COAST TO FJÄLL tour. CO₂ compensation payments to climate protection organisations aren’t necessary. As an organiser and intermediary of Nordland tours, we invest in reforestation, which compensates unavoidable emissions which are caused by transfers. The renewable wood of a 10-hectare forest binds around 10 tons of CO₂ – based on the average age of the trees. And that is year after year.